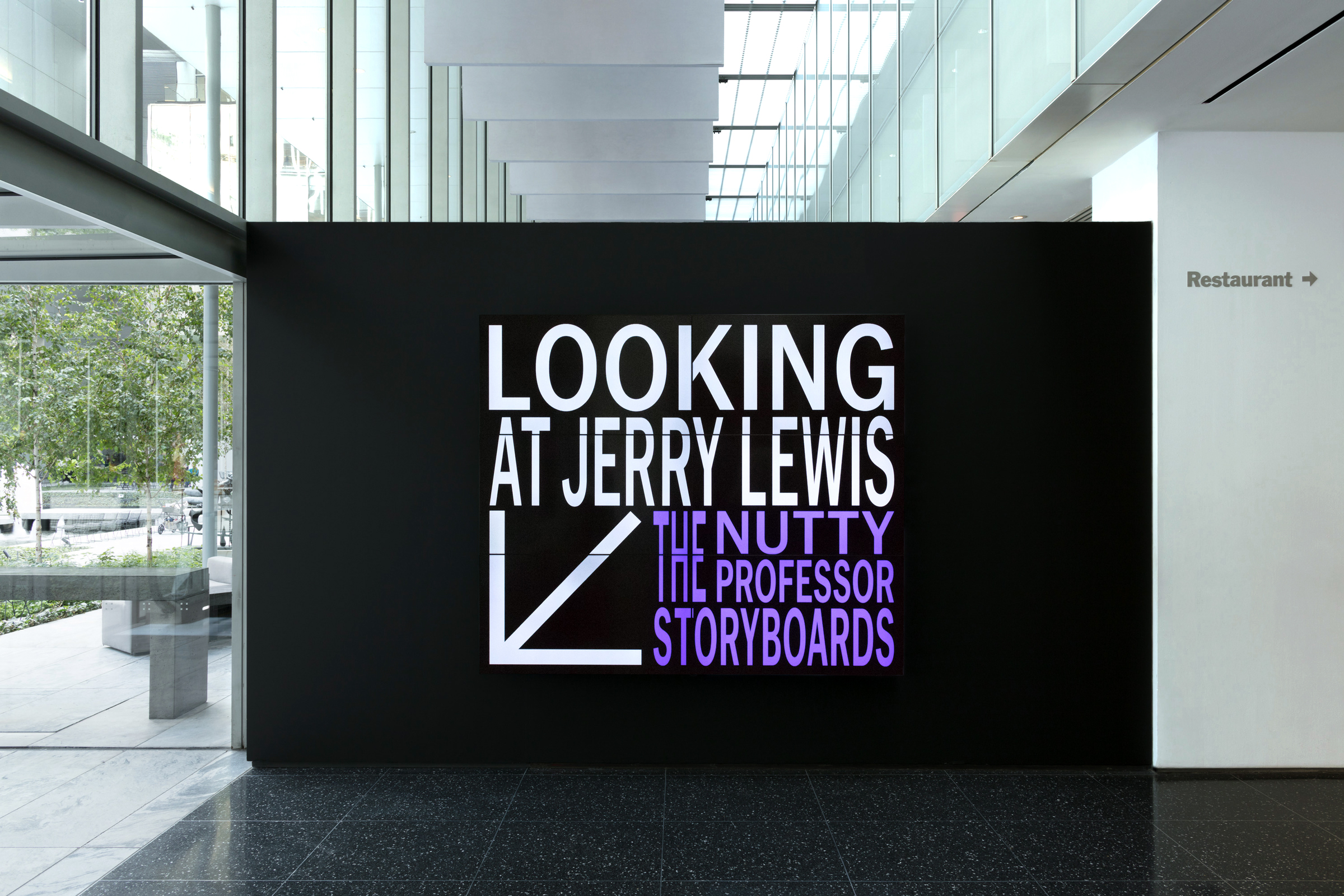 Few stars from the golden age of Hollywood studios valued looking – and being looked at – more than American comedian/filmmaker Jerry Lewis. He made acknowledging his audience an essential aspect of the “comedy of looks” that characterized his work.
From this perspective we created a title wall animation that combines fragments of slowed down footage from The Nutty Professor, with the people staring straight into the camera in awe at Buddy’s transformed character.

While pushing out the slow-motion film footage, the exhibit title stretches and squeezes itself onto the screen. The blunt type and big flashing arrow stress the comedic aspect of Jerry Lewis’ work, operating as an eyesore in the museum and attracting the visitor to take a look. 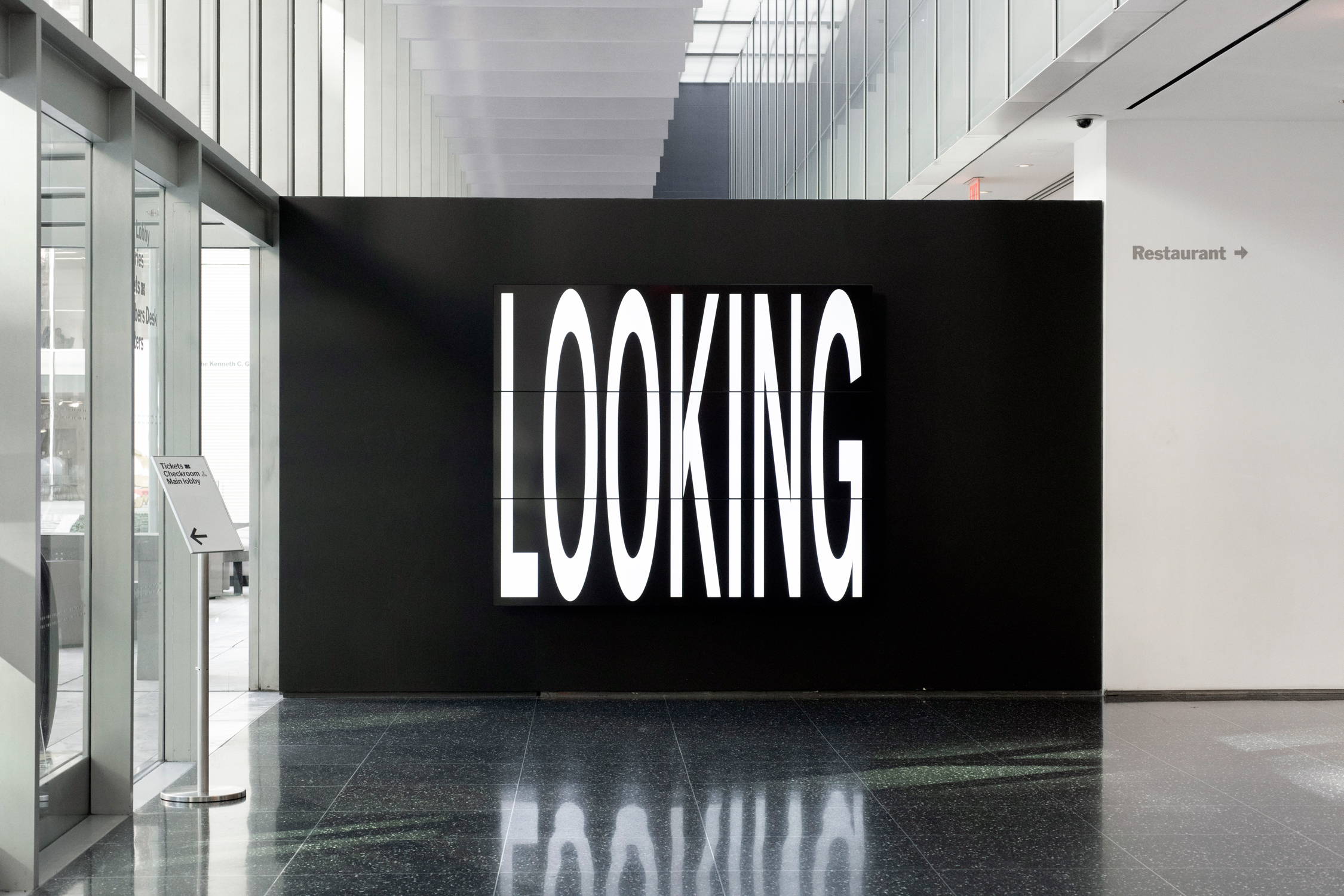 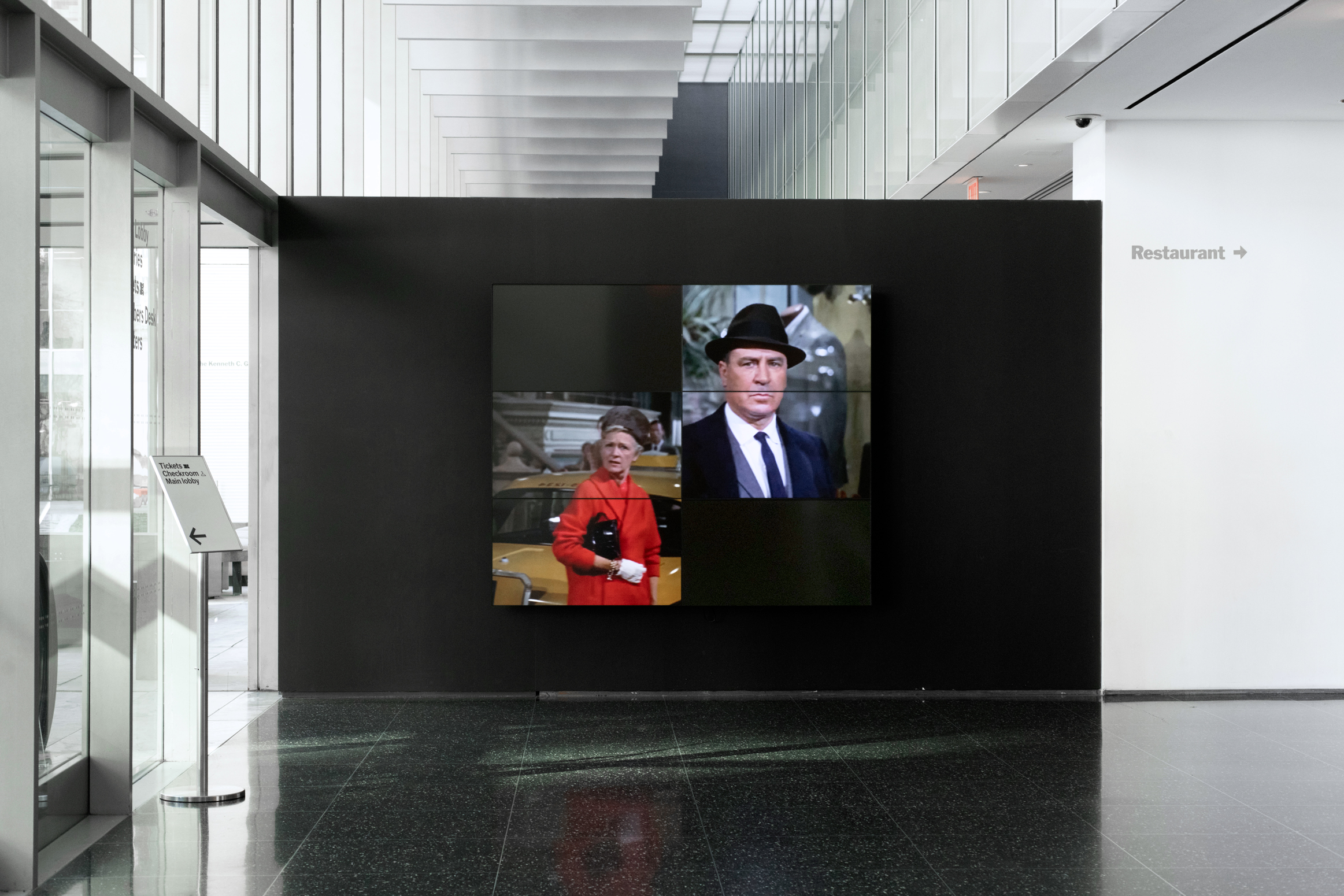 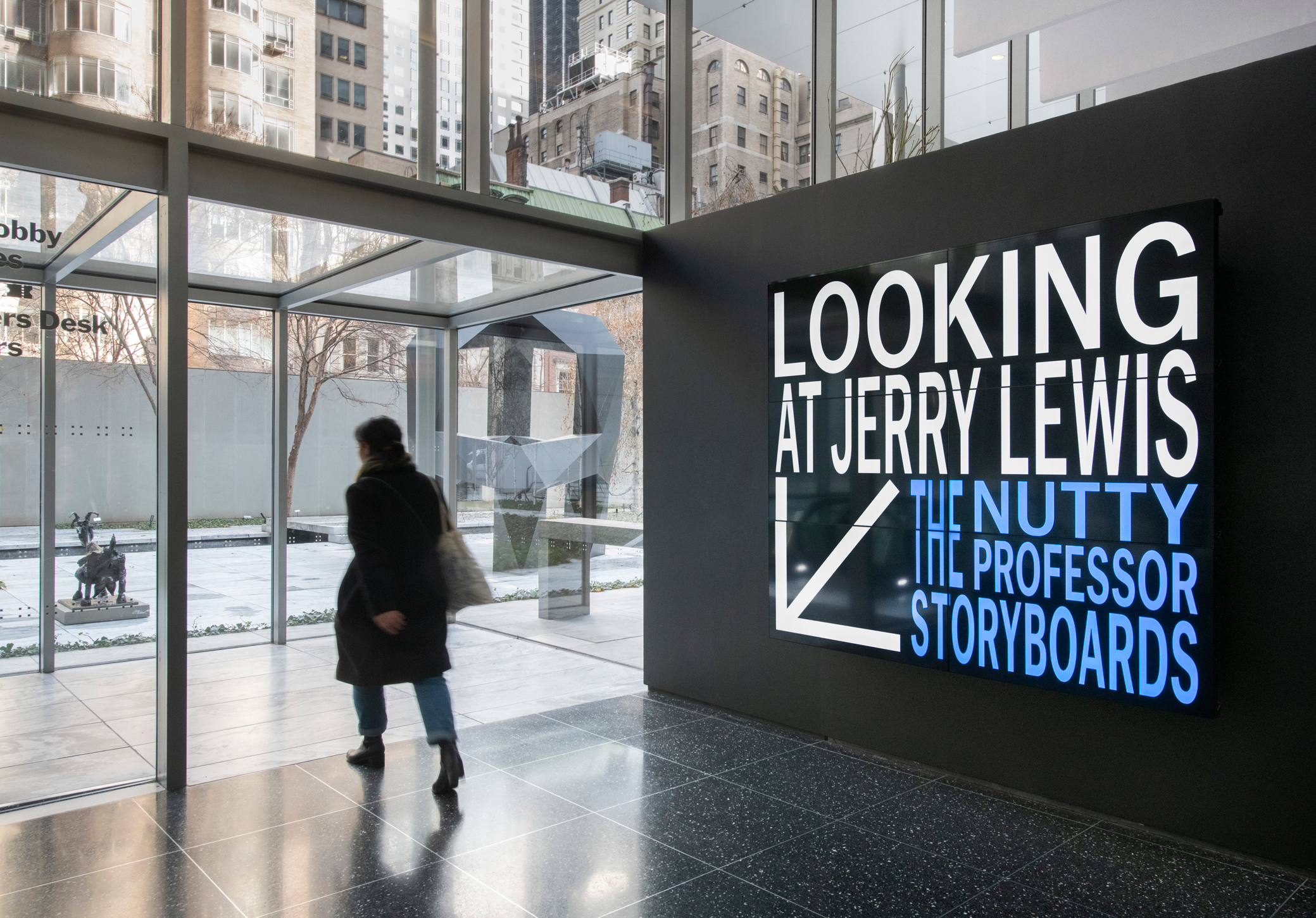 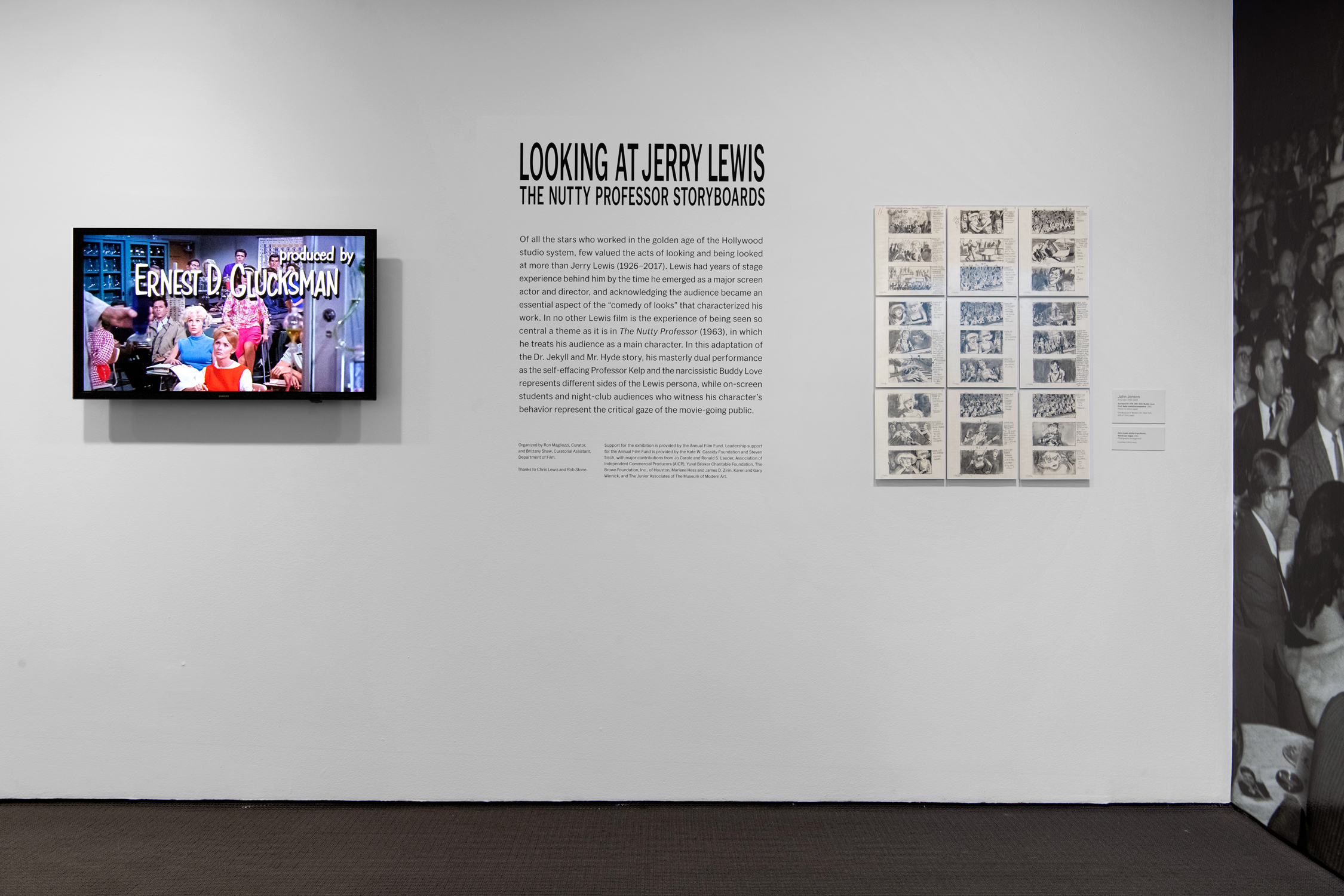 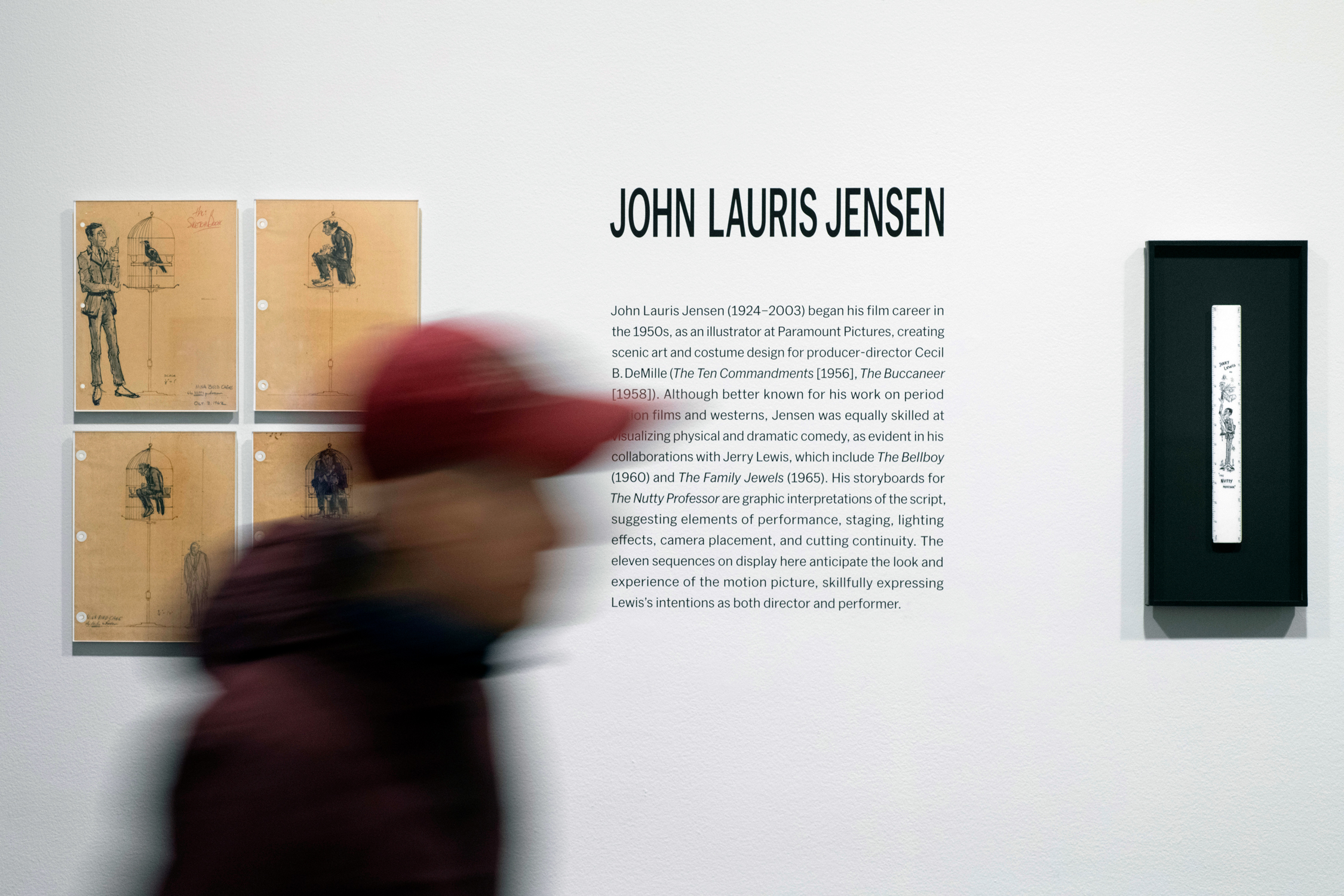 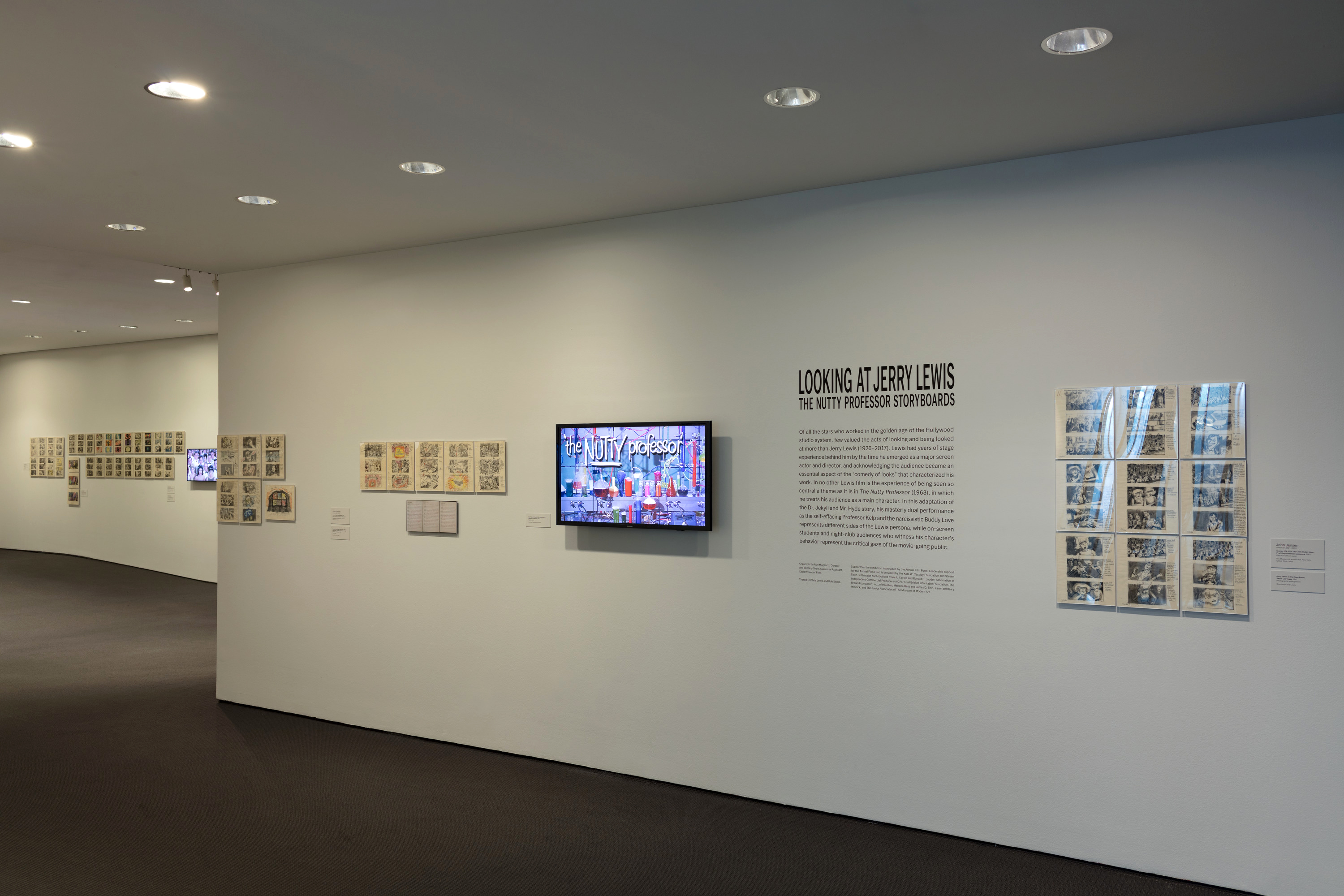 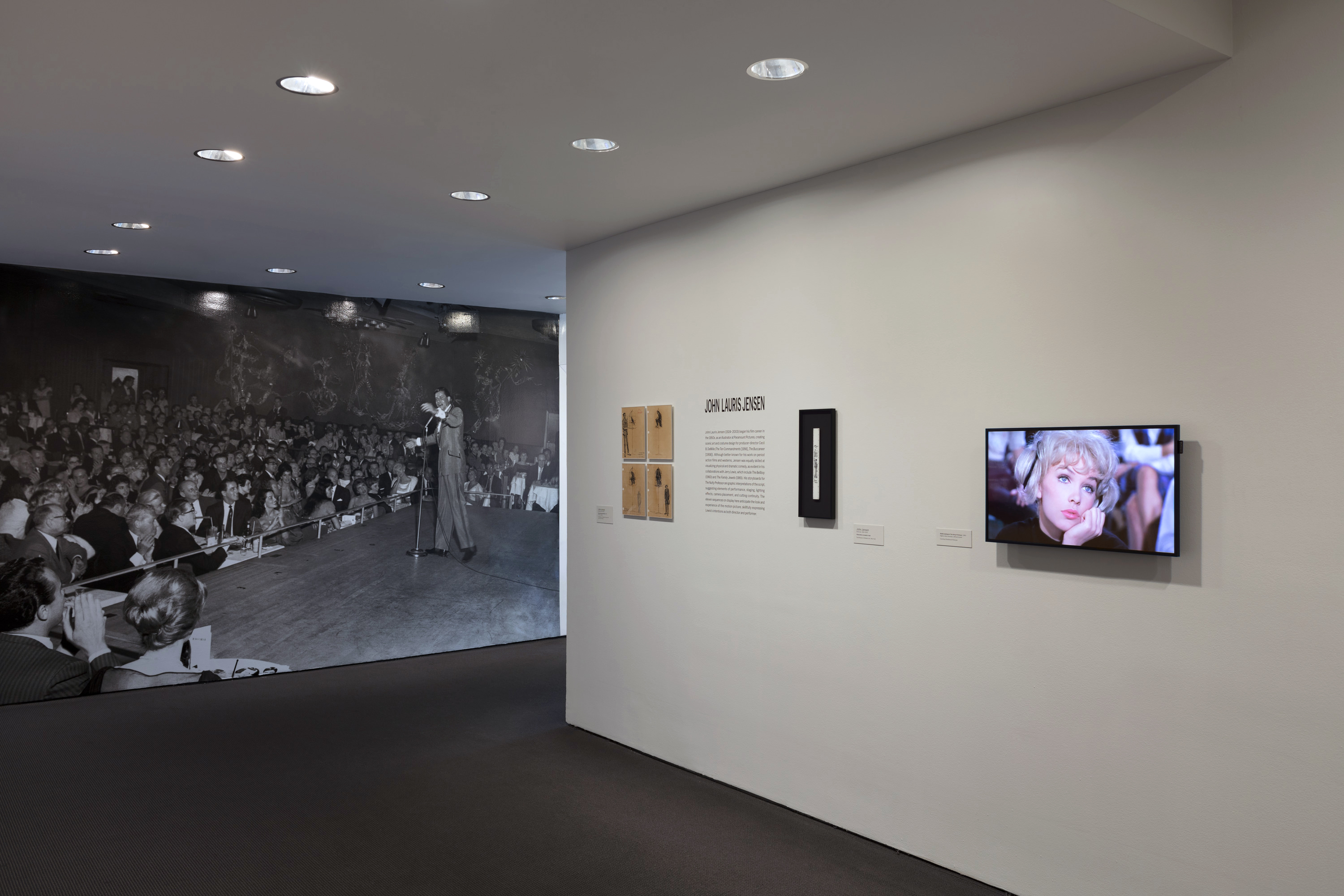